What is the AlgoClear Cleaning Process?

What is the AlgoClear Cleaning Process?

The cleaning process begins with the identification of the stains to be removed and the choice of the appropriate method and products. The table below lists the common types of contaminations and their recommended treatment.

Biofilm: A biofilm forms when certain microorganisms adhere to a surface in a moist environment and begin to reproduce. In nature biofilms almost always consist of mixtures of many species of bacteria, as well as fungi, algae, yeasts, protozoa, and other microorganisms, along with non living debris and corrosion products. Biofilms are aerial – on the surface – and sub-aerial – below the surface.

Biocide: A solution killing the biofilm.

Metabolite: A non living substance produced by the biofilm generally to protect the organism from light. On buildings they are often red or black. Sometimes yellow or dark brown depending on the producing species. Metabolites are water soluble and undergo photolysis – damages by UV light.

Phototrophic organisms (algae, cyanobacteria) use carbon dioxide (CO2) from the atmosphere and sunlight as their carbon and energy source.

Cortex: The external skin of a fungal growth. In stone the cortex is often black and hard, sometimes harder than the stone host.

Photolysis: The chemical decomposition of materials under the influence of light.

Examples of fungal colonisation of render related to thermal transmission

This yellow render became grey where the hollow block work has provided enough thermal insulation to keep the render moist whilst the slightly more thermal conductive joint kept the render comparatively drier thus hampering the development of the biofilm.

The treatment for removing the dark metabolites is a brushed application of Metaclear ideally followed by a deep sanitising of the porous render with the ACP biocide for durability. 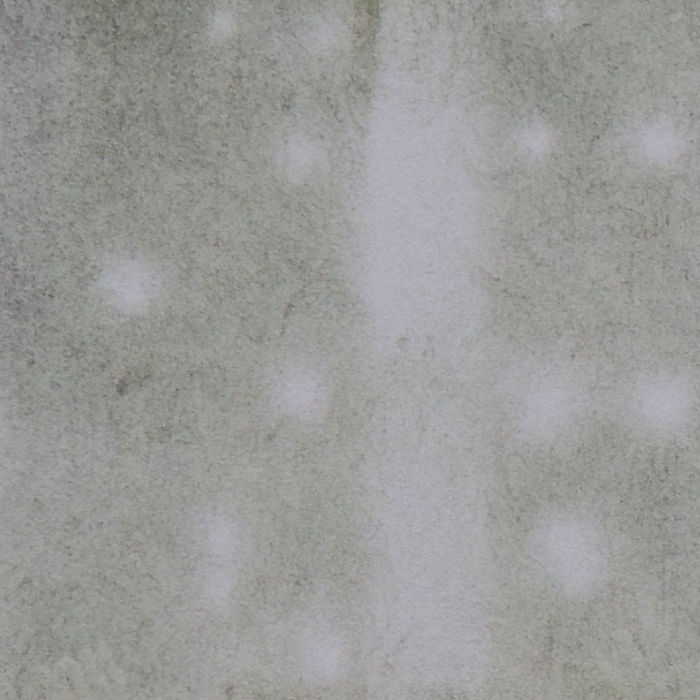 In the render the dots reveal the presence of plastic mushroom fixings with a lesser insulating value than the insulation slabs they hold. The line corresponds to a thermal gap between adjacent insulating slabs.

In the white areas the render stayed warmer and subsequently drier in winter time than in the darker areas. A slight difference in the surface hygrometry during the winter months is all it takes for a fungal colonisation to take place or not. 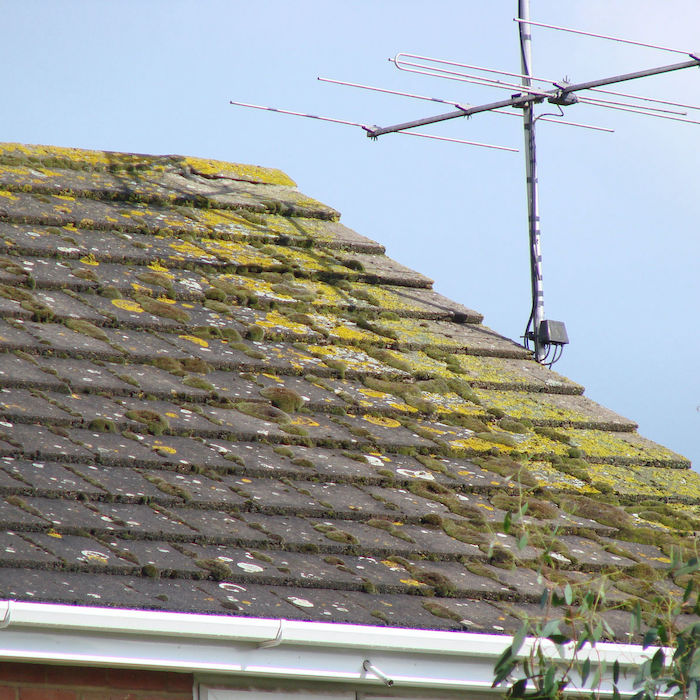 Example of colonisation related to the presence of a metal: Aluminium is anodic and creates conditions favourable to the proliferation of a biofilm : Visible to the naked eye only we have moss, algae, lichen and fungi living in the splash area. Had the aerial been made of a cathodic metal like copper, the reverse would have taken place and the splash area stayed cleaner than other parts of the roof. 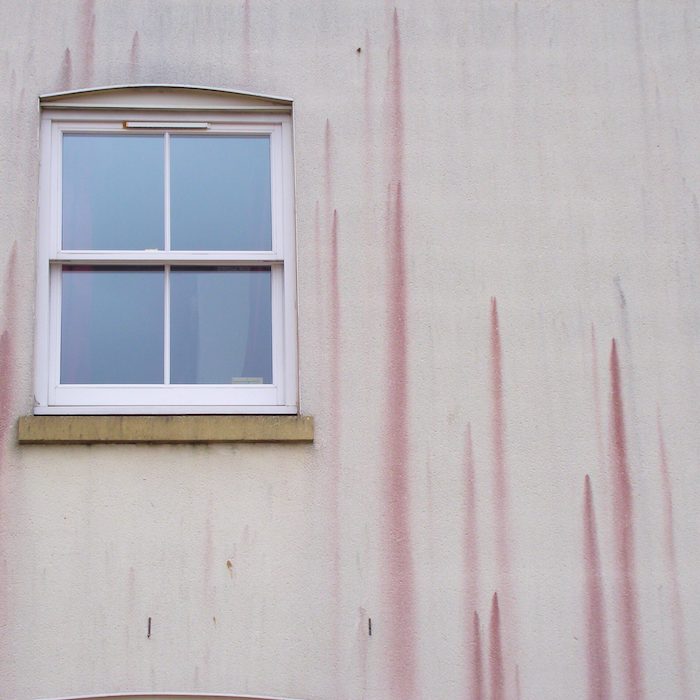 The genus Trentepohlia would not, at first glance, be taken as a green alga. Free-living species are mostly yellow to bright orange or red-brown in colour, due to the orange pigment, haematochrome (ß-carotene), which usually hides the green of the chlorophyll. The genus is terrestrial and is often found in Europe on rocks, walls and tree bark. The pigment is a UV filter. After sometime a fungi will settle behind producing a dark shadow bedded in the masonry. 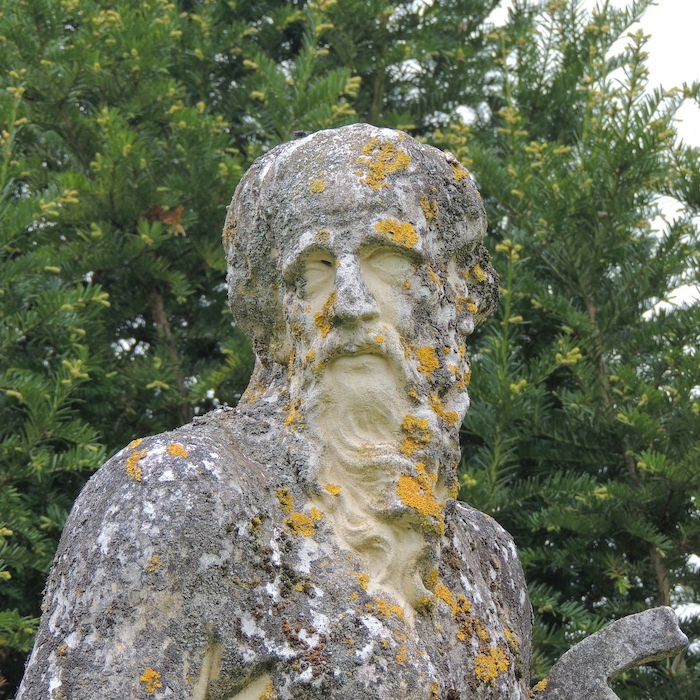 Studies have identified over 22 fungal flora including filamentous micro fungi to be present on sandstone buildings. The major contaminant isolated was Aspergillus sp. which produced dark pigments and organic acids which were responsible for the decay of the sandstone historical monument.

Moss are part of the Bryophytes and, unlike plants have no vascular tissue and reproduce by the production of spores. They are prolifically produced by fungi, moss and, in particular ferns. Most spores are distributed by wind. Typically, spores are released in early May, for a period of about one week. Prior to release, the spore sacks are ripening, but once the conditions are appropriate, they release the spores and thereafter the spore sacks are empty. On the ground moss can be removed mechanically all year long without concern for the spread of spores except during the high sporulation period.